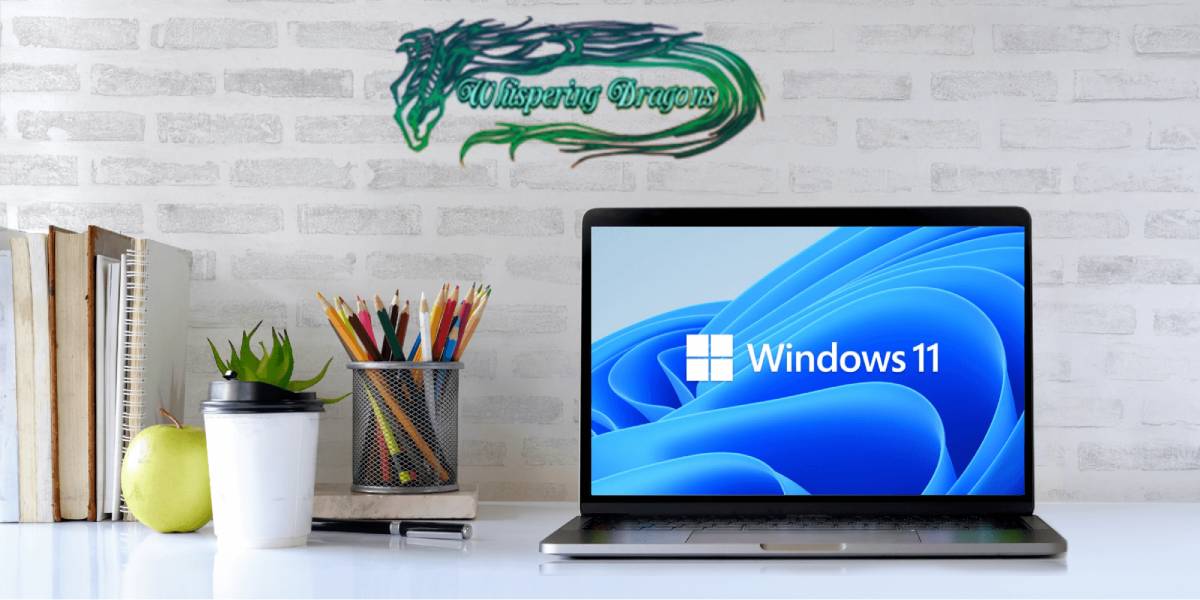 Why is Windows 11 already a pain to understand?

So you’ve probably heard by now that “Windows 11 is coming October 5th” and at this point, it has launched. Before I hear the groans of “another update that for the most part is going to mess up my system when I didn’t consent to it” moment, allow me to explain some things.

Back when Windows 10 was first launching, there was an article where an engineer basically claimed that Windows 10 “was the last operating system you will ever need.” Even back then when that first happened and our wings of Whispering Dragons was still growing, we questioned that statement because of one important question: “How do you guarantee income?”

Yes, we can argue that Microsoft makes quite a bit of money as is between Office, Microsoft 365 (back then being just Office 365), Xbox, and several other elements that normally aren’t talked about unless you’re in that segment that is talked to. But selling systems with Windows on it is also their moneymaker when you have the likes of Dell, HP, Lenovo, and others having the rights to offer users Windows in the first place so that they can turn on the system for the first time and get greeted with Cortana’s “Hi there! I’m Cortana!” speech (which by the way, may not happen with Windows 11, but I’ll know more soon). So it is also important and in Microsoft’s best interest to find ways to “sell-sell-sell!”.

Getting back to the engineer though, saying it was the last version of Windows you’d ever need was actually a detriment and he wasn’t authorized to really say that, but then all media outlets went with it.

Years later, we had heard information for a Windows 10X that was supposed to start with a special line of laptops that would also have 2 screens and it was going to be related to Windows 10, but it would also be its only new thing that you would need the specific system for. It brought confusion and even some leaks of what it would look like. But then all went silent. That is until it was announced that Microsoft canceled that project just before the big world event happened. Yes, I’m talking a certain villain that you would find only in a board game and the history books. Microsoft had to deal with a new issue at that point. Lots of people working from home. That issue stemmed from both major businesses and smaller business groups. Even many who worked with maybe 2 – 5 employees had to start figuring out how to keep their business going.

But during the next year, Microsoft ended up giving an announcement. “We are happy to announce Windows 11!” and oh boy did that fly well with all the information following the announcement. This is where we will go technical jargon because unfortunately, that is how Microsoft made it.

You see, it wasn’t just Windows 11 being announced. Questions were already arising if it would be a free upgrade much like Windows 7 and 8.1 to 10 was (unless you were using Windows Enterprise edition). But as people were questioning what Windows 11 would bring, it was the computer requirements that added near hysteria. Microsoft added the following:

Confused? Well, let’s break it down in order.

“But dragons, if number 8 is so helpful towards security, why not add it before?”

Well, that is just it. It was kinda added before, but some businesses or professionals didn’t have a need and others did, but never knew unless they could afford your friendly neighborhood I.T. guys (“hello!”) to tell you that “You should consider adding them for what you do.” And now it’s going to be universally adopted.

“But that is a good thing?”

Not exactly. Yes, it is a good thing, but remember on number 1, I said the CPUs were anything in the last decade? Well, particularly, only certain CPUs had the capability to use a TPM properly. We limited those CPUs just by hitting it on Number 8 as it had to be a specific version of TPM or higher. For the most part, Microsoft is being rather strict in that they are wanting CPUs on the Intel side from the 8th generation and onward (Intel 8xx0 on up or basically the CPUs from late 2017) and AMD Ryzen CPUs from “2nd generation” and onward (I put quotes because they are referring to Zen+ architecture, but Zen+ also happens to be CPUs from 2018). Are you seeing the issue now? In general, Microsoft just declared that if your system is either from the 2017 and 2018 era, you should be fine. Anything older doesn’t qualify. And that is still considering if you have a TPM or not. Hint: If you have to ask prior to 2018, you most likely didn’t have one as that was reserved for major companies that needed that extra security.

Well normally we would say that if you kept good care of it or if it’s been well maintained with upgrades, it normally would be supported, but yes, it could be out of date and/or out of touch for Windows 11. If it’s just a simple upgrade that COULD be applied, perhaps we could make it work.

Even then, Microsoft may be adding 7th generation Intel CPUs and might try to include AMD’s first-generation Ryzen CPUs (1xx0), but even upon release, we still have yet to hear yay or nay on.

“So what does Windows 11 have that makes it special?”

Some optimizations, mainly security enhancements, but it is clearly attempting to take care of everyone using the newer hardware. And this may be the breaking point for those still on systems from 2009-2014 running Windows 10 right now. There is only so much one can do to keep them running, but eventually, it comes time to upgrade.

The good news is that Windows 10 support itself is going until 2025. Specifically October 14th. So even if your hardware cannot upgrade to Windows 11, you still have some years left. But if you lucked out on the timing, then it should be no problem, but you probably won’t see it until sometime next year.

Yes, Microsoft is planning to roll it out on existing systems that qualify sometime next year so they are being slow with it, but there are already thoughts that this will be a simple enough upgrade that it can be used as early as the launch. You may not be missing anything if you don’t get it early, assuming that the system is stable with Windows 11 upon launch. You also have to consider the hardware that might be focusing on Windows 10 right now. Even some video game companies are adding the usage of Microsoft features when on Windows 11, and it wasn’t even launched officially yet.

“Will it be possible to install Windows 11 from Microsoft?”

Oh, this is the fun part. To add more complexity, basically, they are promising that Microsoft will check your system to see if it qualifies on the upgrade. If it does, they will slowly roll it out and then you can get your hands on it and that may not be until after October at least unless you manually download it and upgrade it yourself. Now, If your system is one that doesn’t qualify, Microsoft wants to state that if Windows 11 is installed on a said device that doesn’t qualify, it will not get supported updates leaving your system more and more vulnerable over time. However, if they make it clear on the service agreement, then they pretty much have solved one part where you literally wouldn’t be able to blame Microsoft for that as they placed the onus on 1 person. You, the user. For installing it on a system that wasn’t supported. And with that, they cleared themselves of any court rulings from the people that buy Windows.

Although, it generally may not be a bad thing. There are some users out there that have installed Windows 10 on a system that was early Windows 7 built and wanted to figure out why it wasn’t working or if it was, wasn’t working right. Then they expect the support without having the supported hardware. Some could also mix old components with new ones that can cause unforeseen issues like installing a TV Tuner capture card in the system that was made in 2008 and expecting it to work in 2018 with an upgrade to Windows 10. Unforeseen issues. So maybe one could look at the bright side of this as 2025 is a long way from today and by then, you might need newer hardware anyways. Perhaps any bugs left will be ironed out by that point too.

But if you want to take a shot at Windows 11, by all means, give it a whirl. Just understand that if you don’t want to use a Microsoft account as a Home edition user, get ready to shell out some cash for Windows 11 Professional so you don’t have to be on a Microsoft account. As for us using Windows 11, well we’ll get back to you on that soon. We are working on some in-house testing to give you the info you’d want before you jump right into Windows 11 so keep an eye out!

← What is with this newsletter and what has been happening? Webcams (2021) →